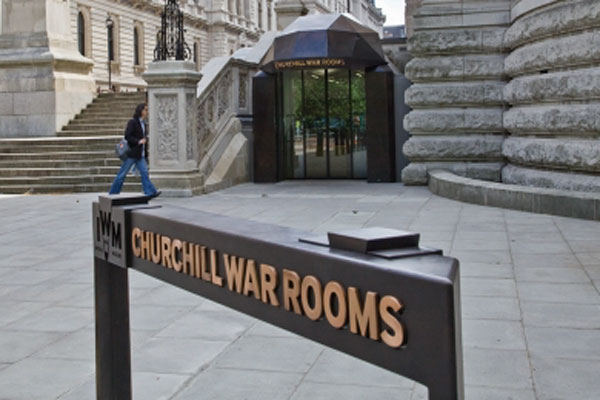 My gorgeous friend Marnee was visiting London from California so I asked her what she wanted to do while she was in town. She was really keen to go to the Churchill War Rooms and I had never been so was happy to do try something new.

The Churchill War Rooms are the underground rooms where Winston Churchill held office away from the dangers of The Blitz. It was fascinating to see these rooms preserved, holding so much history. What was even more fascinating was the life lessons I learned from the museum about Mr Churchill’s life. I thought I would share them with you here:

He is responsible for some amazing quotes:

“Success consists of going from failure to failure without loss of enthusiasm.”

“You have enemies? Good. That means you’ve stood up for something, sometime in your life.”

“Success is not final, failure is not fatal: it is the courage to continue that counts.”

Lesson: an inspiring man we can all learn from, who’s life and ethos is still relevant today as it was in the 1940s.